Culture, community, and architecture are all featured regularly on Trending City and this new development in London definitely ticks all three.

The recently opened Coal Drop Yards in Kings Cross, London is a new cultural precinct in one of London’s old coal yards. The coal yard was built during the Victorian era when coal was powering much of the industrial revolution and fortunately much of the buildings Victorian features have remained in tact.

In addition to its past relationship to coal this space already has cultural history as in recent decades the space has been host to artists spaces, film sets and some of London’s biggest raves.

The Coal Drop Yards are now host to a bunch of cultural, shopping and dining outlets, including Kiosk N1C, originally a magazine, but now a store and cultural space, hosting workshops, experiences and film screenings.

With a decline in heavy industry in cities across the globe we have already seen many old industrial spaces transformed into similar cultural hubs like this, but this particular development is very “London”. The question is will we see many more of these developments pop-up in both London and across the globe? 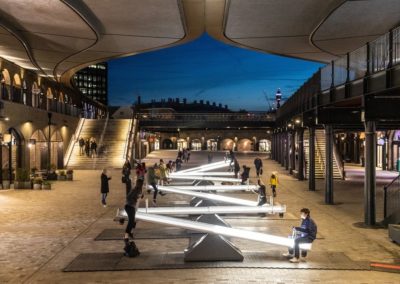 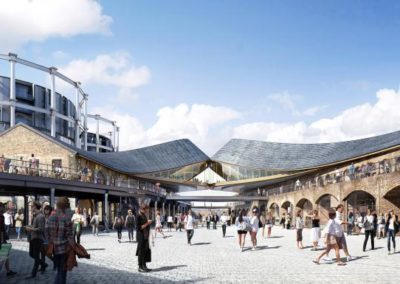