Seen from the Murray Street car park is a large scale work by London based street artist Phlegm. Painted for the Public mural festival by FORM, the wall is from his creation myth series, “Phlegm speaks of his characters as dream-like reflections of the imagination central to the person in the ‘womb’. When he’s not creating murals, Phlegm follows the stories of 10 of his creations in picture books he hand-crafts individually.” says FORM.

See more Murray Street images here and more of Phlegm’s work from around the world here. 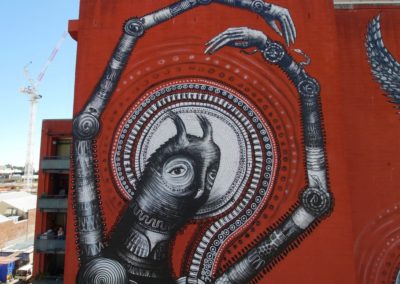 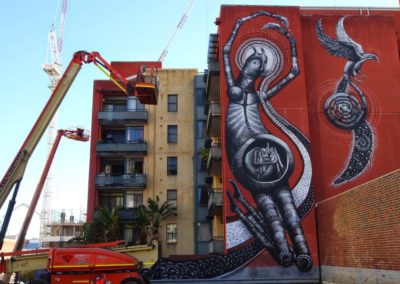